I had such a killer week at Kubecon. I tried to lay low and truly be an attendee. I was lucky enough to see many insightful talks. This post contains my thoughts, observations, and learnings from the conference. Most of what follows is intuition and opinion – so take it all with a grain of salt.

I’m a Calico fan. I’ve seen it scale in massive Kubernetes deployments over multiple years. In fact, if you’re considering a production-ready CNI for Kubernetes today, I still believe you should be looking at Calico. Cilium has been making noise in the community for some time now, especially with their use of eBPF to facilitate routing. A talk by Martynas Pumputis identified the standard path of a request with Kubernetes default service mode, iptables. 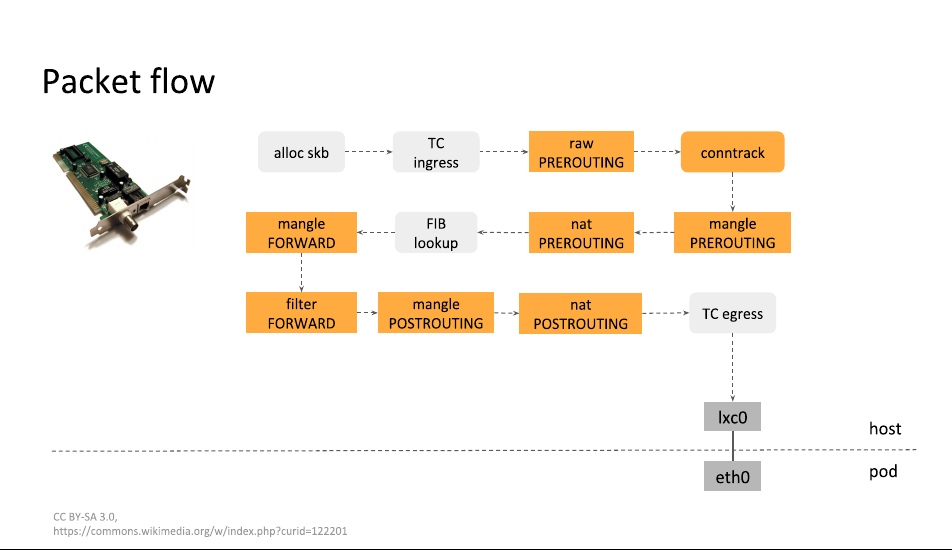 With eBPF, we take a more direct path, no longer needing to traverse tons of complex, unreadable chain rules. Cilium makes many operations to determine what to do with routing map lookups. Essentially moving to O(1) with common operations. 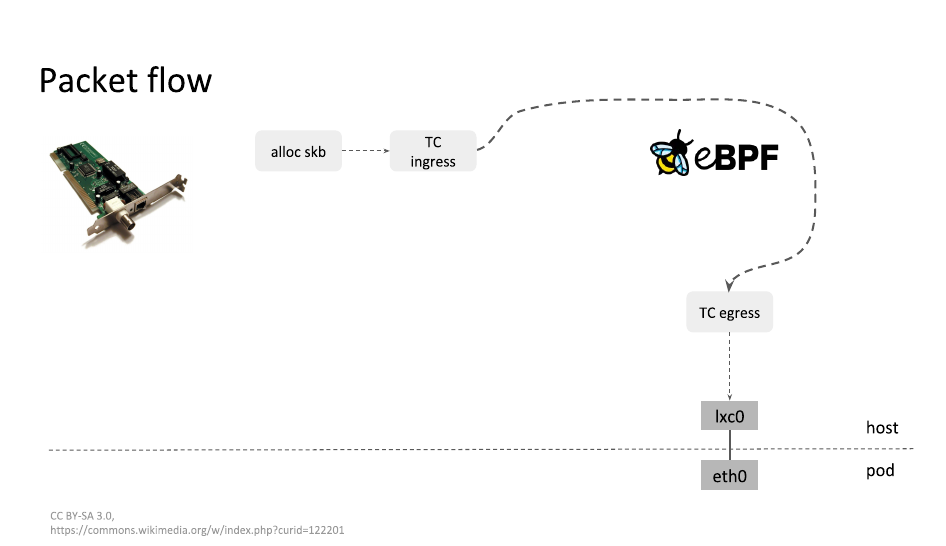 iptables works and we can generally assume Linux hosts will have it. It was a great choice for Kubernetes to use initially. Cilium’s argument is that removal of iptables usage promotes scalability. 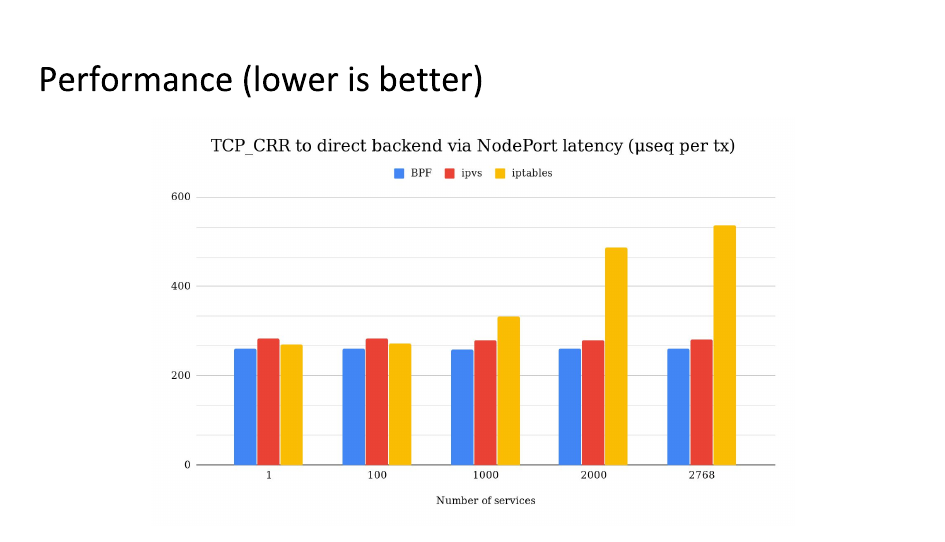 Now you’ll notice, IPVS, which is a mode already supported by kube-proxy, also increases scalability. So this could be a good option if using eBPF in your environment is not possible. For example, some financial institutions (and other legacy-prone users :)) may run older versions of RHEL where eBPF is not enabled. However, our reliance on iptables as a whole, has been challenging. As your cluster grows, iptables rules get really complex and hard to debug. Additionally, as I understand it, to change iptables rules, you need to rewrite the entire chains. iptables also gets used for more than just Kubernetes services, CNIs may implement their network policy rules in iptables, which just adds to the complexity of the rule chains. Additionally, eBPF brings a lot of opportunity to introspect and better understand the flow of traffic. I have been waiting to see how Cilium will try to capitalize on this. This Kubecon, they announced Hubble, which attempts to provide observability to your pod/container traffic. 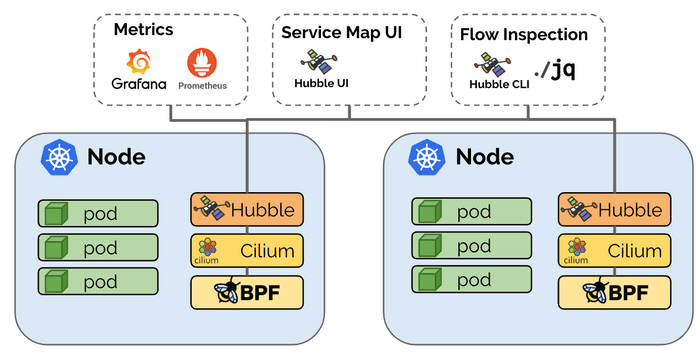 This is super interesting. Introducing a solid introspection toolset that anyone running Cilium can use would be a high value add for those evaluating open-source CNI-plugin options. The UI looks pretty solid at first glance.

For me, it’s still TBD how Isovalent, creators and maintainers of Cilium, will make their money. If this introspection toolset remains open and free, it’d be a big leg up for Cilium in my opinion. Talking to strangers at Kubecon, people are excited to see how this project progresses. I am stoked to try out Cilium in my homelab! While I probably wouldn’t adopt it without an engineering team that really knew their shit regarding eBPF, it is worth keeping on your radar! Lastly, be sure to checkout Martynas’s talk once it’s on YouTube!

Conceptually, I dig the idea of gitops. However, reality is most of my clients are still wrapping their heads around how to best integrate Jenkins with Kubernetes to prevent developers from deploying via their desktop. So I have mostly stayed distant from projects like Flux and Argo in hopes soon enough people would share their gitops stories. For me, this Kubecon was the first time I’d heard stories of some of the awesome work companies are doing to enable gitops. Many gitops systems, such as Argo run in the cluster and are able to have better introspection of how a workload is rolled out. Intuit demonstrated how they were able to do this to facilitate more controlled continuous delivery coined progressive delivery. 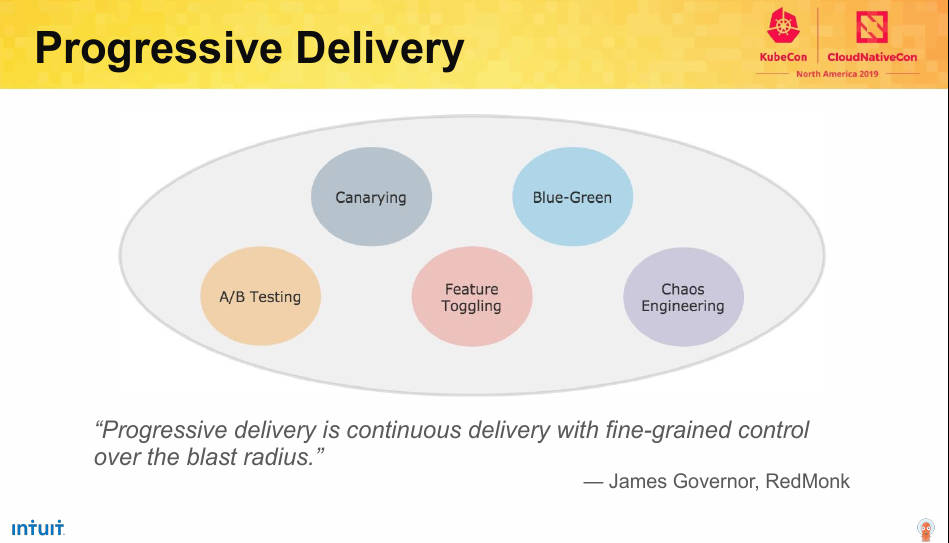 The benefit to these systems running in cluster is you can introspect workload specific details to determine whether you can continue to rollout or need to rollback. In the same talk, Intuit showed how you can facilitate a canary rollout with specific steps. 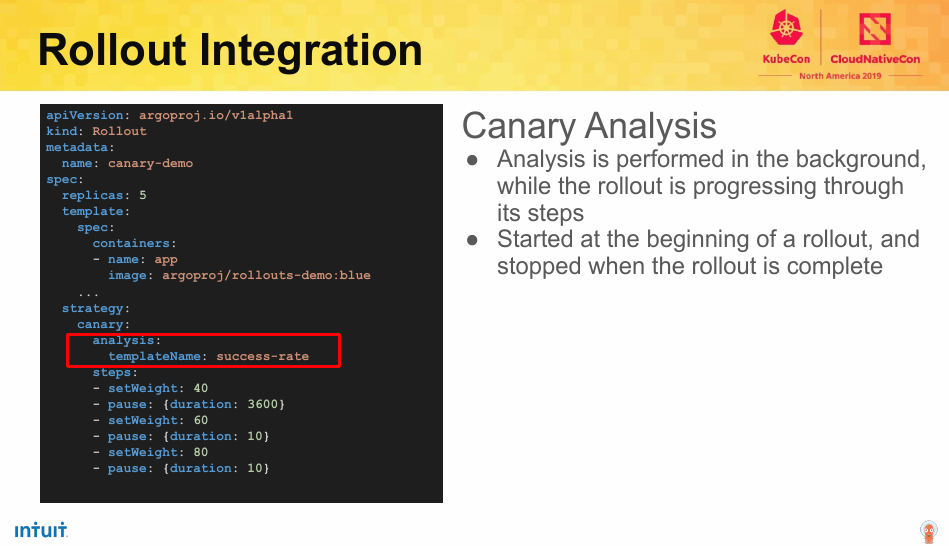 The template referenced here has many advanced capabilities. Namely the ability to run a Prometheus query to determine the health of a rollout. 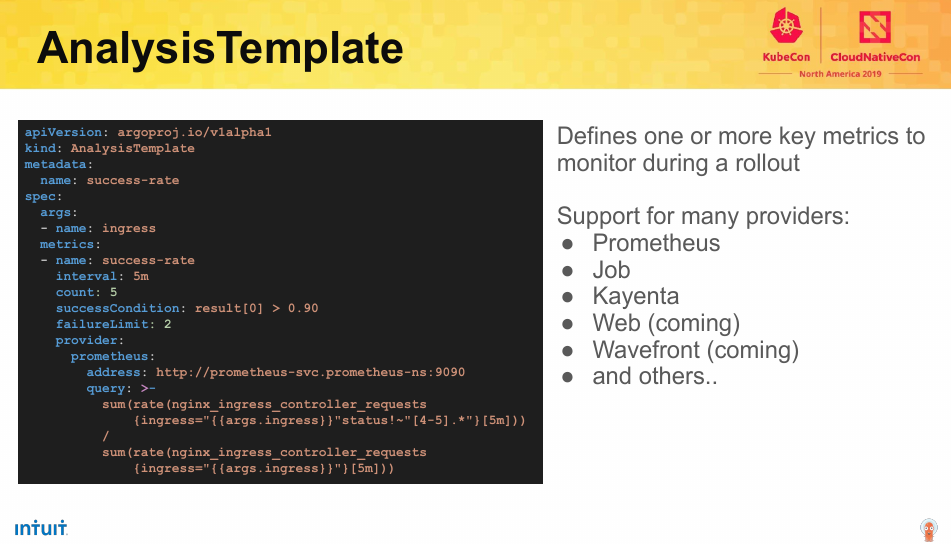 I also learned [Argo and Flux and coming together to better facilitate gitops](mplate referenced here has many advanced capabilities. Namely the ability to run a prometheus query to determine the health of a rollout.). Lastly, I heard a few time during the conference, how platform teams view gitops as an opportunity to lessen the friction of on-boarding for their application teams. More on that in the next section!

We have always been told Kubernetes is not a platform; it’s container orchestration. Many buy fully-baked “platforms” such as OpenShift that provide a more turn-key solution running container workloads. The groups I work with prefer to build their own platforms, which Kubernetes is one part of. Many believe that ideally your developers should not know their workloads run on Kubernetes. Generally I agree with this sentiment, but it often does not line up with reality. Many shops setup advanced RBAC and policy, tell developers to download kubectl, and go to town, interacting directly with Kubernetes. This approach is not egregious…What many of the tweets stating “you shouldn’t know you’re on k8s” are overlooking is the complex, dragon-filled, rabbit hole that is determining how to best abstract k8s in your platform. However…these tweeters aren’t wrong either. Talk after talk showed that successful adoption of Kubernetes was often driven by how low friction it was for developers to get their workloads up and running. I know this is an obvious statement. But time and time again we lose sight of this concept!

Pintrest demonstrated their introduction of CRDs. These enabled developers to provide basic details about their apps that a controller could take and translate into the 300+ lines of YAML it takes to get it up and running. 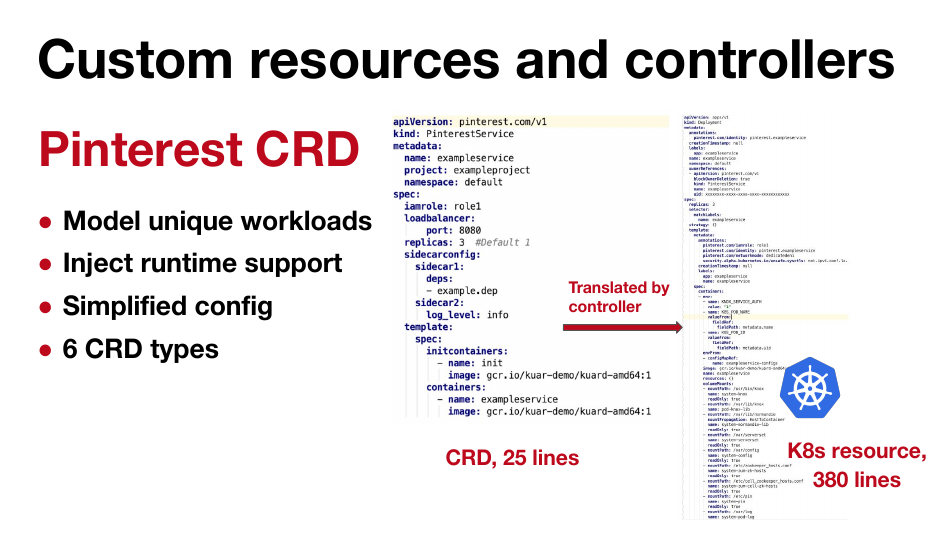 Uber had a great talk about how they took their existing control plane, that developers were used to interacting with, and adapted it to work with Kubernetes and Mesos. This way, where workloads landed was completely transparent to developers. It would also enable them to move off of Mesos over time with no migration overhead. 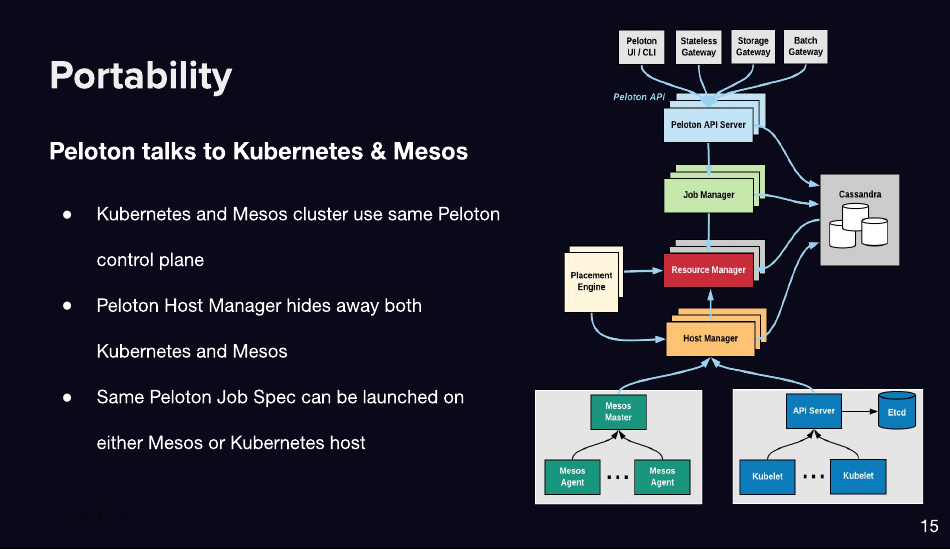 Lastly, many Kubernetes operators were viewing Gitops (discussed above) as an opportunity to lessen the burden on moving to Kubernetes. Namely everything being driven by repo commits rather than direct interaction with kubectl.

With the massive flood of vendors in the Kubernetes space, it was great that so many of the talks revolved around experiences teams have had around Kubernetes. Project and product-focused talks can be great too but I derive most of my value from hearing the war stories of the end users. I know it is not always easy to get your company to let you talk openly about what you’re working on, for those who did, thanks so much for sharing with us!

To everyone involved, thanks for an awesome Kubecon. Can’t wait to watch recordings of all the talks I missed.